The Day YOU can See It!

I was headed to the gym to workout around noon today and realized Coach Rae had Angela today for her usual Personal Training session. Holy Cow, when Angela walked in from outside, I looked at her and just smiled! A little backstory on Angela. She met with me and was hesitant at first but handed me her credit card and said lets do this. I told her that this was going to be a long journey and was she up for it? She said yes! So she started on the 90 day Kick Start (Nutrition and Personal Training). She hated to sweat and was "sometimes" complaining about doing the workouts but she did them and worked hard. When it came to nutrition, she would giggle about what she was having and said, I have so many grandchildren and they love cookies! We stayed the course. She continued to learn and make small changes. Nutrition was going to be a hurdle that she and Melinda/Rae would have to help conquer. She almost quit because she felt like she wasn't making much progress. Well, she must have enjoyed it at some point because she got her sister Jacy to start with us with both nutrition and personal training as well as her co-worker Donna. Even on the hard days, or days she doesn't want to, she still shows up. Rae started working with her mostly and I would see her, hug her, and tell her how well she was doing. She would just shrug it off and not really think she was going anywhere. Today was the day! I complimented her again and she shrugged it off once again. I said, strike a pose, I am taking a new picture of you. She did and then I said, show me a picture from one year ago when you started with us. She showed me the picture, I said ANGELA HOLY SMOKES! She said she still didn't see it. I was like, ARE YOU KIDDING ME? I had her send me the picture so that I could do a side by side. I showed her the picture and the flood gates opened. I know how hard she has worked and I know seeing that picture made her so proud of herself. She is not one to compliment herself so I will do it for her. I am amazed at how far she has come. She could not run one lap around our building (which is about 200m) and now she is running a mile without stopping and encouraging others along the way on her journey. She and Donna show up and if one can't make it, the other still comes. I am not sure Angela ever thought she would walk into a gym, let alone a gym that uses barbells, but she did and it has paid off. Angela is why we do what we do. She has lost 55lbs and counting! I want to inspire and guide people to be the best version of themselves. That is the thing, Angela is doing just that! Sometimes it is hard to see so far down the future and we want something right in front of us. Angela has tons of grandchildren and now feels like she can do things active with them without getting out of breath. I am so proud of Angela and I know others are too! 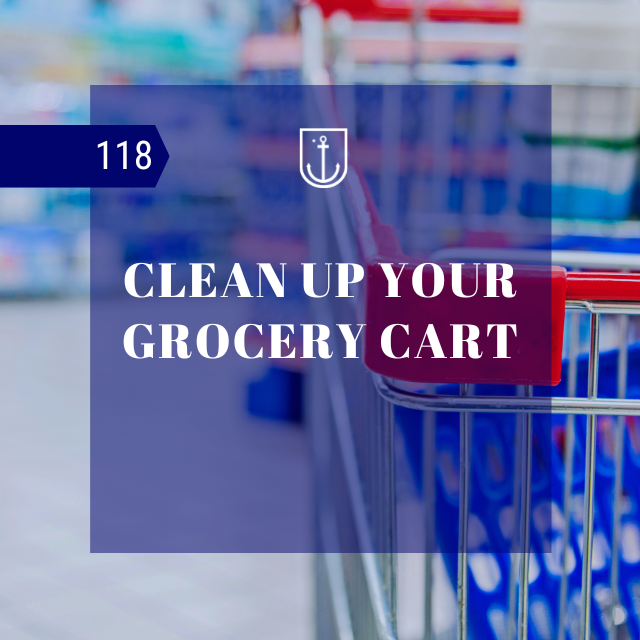 Clean Up Your Grocery Cart

Ever find yourself in the grocery store wondering exactly what to buy to make healthier choices? 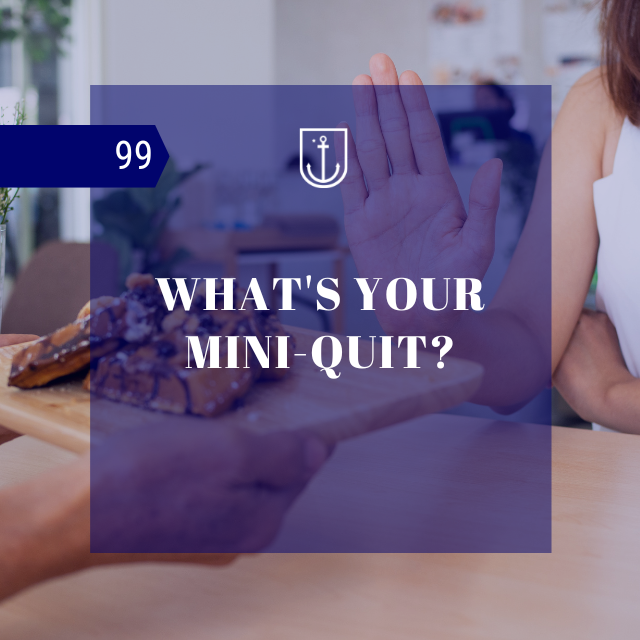 With people that are attempting to quit smoking, there is the concept of a mini-quit. What is your mini quit?